1. Spirit is energy. Spirit rises out of nothing. Nothing, however, does not exist. Perhaps it once did, before there was anything. Only energy. No substance. No matter.

2. Matter rises out of Spirit. It is energy divided, polarized, North South, yin yang, positive negative, not just forward, round and around. Part and parcel of the same thing. Substance. The body.

3. Consciousness rises from the existence of differences. The awareness of differences, the need to differentiate. From the earliest, simple, gaseous, elements: helium, hydrogen, oxygen, transparent, without taste or odor, but present wherever matter has begun. This is the element of Air, and thought, and the mind.

4. Life rises out of awareness. To react to perceived differences, heat and cold, light and dark, up and down, to move from or towards. To be attracted or repelled. To want or to reject. To feel. This is the element of Water, of emotion. This is the Cardinal Energy of Life, the basic, primal, creative energy of Elemental Water.

This is the Universal round of Creativity, which is called the first triad, and is composed of the four elements, Fire, Earth, Air and Water. It is the basic, primal triad and is universally applicable.

5. Individuality rises out of life. Every life is unique. No two the same, not even twins. Different thoughts. Different experiences. Different emotions. This is the Fixed Energy of the energy of Elemental Fire, of Spirit, the original energy, anchored in a form. This is the ego.

6. Ownership rises out of individuality. Every individual has their own time, needs to own their own space, must acquire sustenance and safety. This is the Mutable Energy, the transient, changeable energy of Elemental Earth, the territory, the home, the hunting ground, the fields, the food, the clothing, the treasure, the jewelry, the office, the money, the animals, the vehicles, the toys, the wives and husbands and children. This is the standing of the individual in the world.

7. Now, the individual becomes a part of the creative process itself. No longer alone, now there are others. Other family members, tribe members, club members, hierarchies, pecking orders, competition, control, conflict, war, allies, partners. Choice rises out of ownership. With whom do you belong? This is the Cardinal, most energetic and forward Energy of Air, of awareness and thought. Oppression, suppression, obedience. Respect or rebellion. This is the relationship of the individual to the other individuals in the world.

9. This is the actions generated by the combined ego, standing, relationships and attitudes the individual chooses in the second triad. It indicates the direction in which the individual is moving. This is the Mutable form of Fire, subject to changes whenever desired.

10. This is the world created by the actions of the individual. It is the accomplishments. This is the Cardinal, most energetic and forward moving form of Earth.

11. This is the understanding which comes about by seeing the cause and effect relationship between actions and results. This is the Fixed form of Air.

12. This is the emotional response to the results of the individuals actions. It may be pleasant or unpleasant, it may cause celebration or horror or sickness, illusions, delusions, insanity. It may result in artistic endeavors. Fantasy. Escape. Denial. Dreams. Death. This is the Mutable, most changeable form of Water.

This is the end of the Resultant round of Creativity which is the third, and last, triad, composed, as always, of the four elements, Fire, Earth, Air and Water. This round applies to the results of the applications the individual makes of the elements in the second triad.

Now, we have returned to zero, to nothing, to the place before Spirit emerged. But, as time moves on Spirit will again rise out of nothing. It will carry traces of the past. Be it either a new generation or a new incarnation the lessons of the previous life of the Spirit will be reflected in the next life as wisdom or abilities, as attitudes and intentions, as desires or directions. These may be seen in the first triad which generates the next individual.

Are You Going to the Everglades?

The Progression of Creative Forces 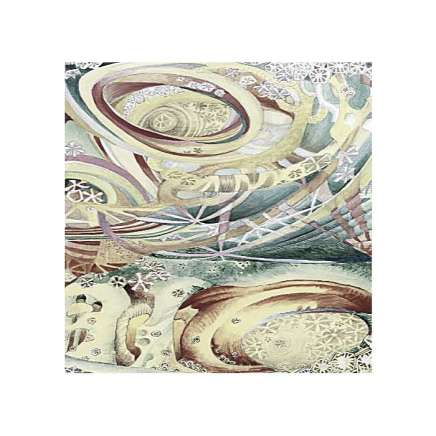